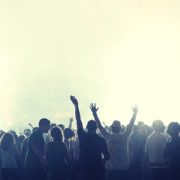 Marketing is all about influencing people, whether we admit it or not. When you put your brand out there, you don’t just want to show it to people. Instead, you employ approaches that make people buy it eventually. Social influencers are called such because they effect action, which is a hallmark of influence. They change people’s opinions. They make people do something. And if you want to tap into their well-established influence, you’ll have to influence them as well. We call it influencer marketing. So, you see, marketing is so much about exerting influence.

Influence is not inspiration and motivation.

Influence is so much more than imparting information and inspiring and motivating people. Whereas inspiration brings about a change in emotional state, it is influence that actually moves people into action and, thus, makes things happen. Motivation fuels action, but it’s influence that directs that action. In short, influence gets you where neither inspiration and motivation takes you. These are why in the realm of sales and marketing, we’re more concerned about building influence than simply harnessing motivation and capitalizing on inspiration. Nonetheless, it is unwise to discount the importance of inspiring and motivating in marketing altogether.

It’s easier to inspire and motivate than to influence people.

Even so, influencer marketing platforms are venues for inspiring and motivating people more than influencing them. You may argue that influence comes after as a product of deeper relationships built over months or years. And we agree. Building influence takes more skill and interpersonal intelligence. Not everyone becomes an influencer, and quite a few select people in the marketing industry are able to influence influencers, something many consider as a difficult feat. You see, influencer targeting is not a walk in the park. Not only does it take a while. It also takes skill and rapport. Imagine that it’s only the initial step in influencer marketing.

Influence is an intrinsic process.

Yes, you have an external figure that prompts you to think differently, behave differently, grow personally or creatively. Influence is built consciously or unconsciously, intentionally or unintentionally. Social media influencers, for instance, influence their audiences either through demonstration or suggestion. When someone does a product demo, they are in effect asking their audience to do the same, try the product out, and see for themselves. Sometimes an influencer can be so trusted by their followers that all they have to do is wear a product or mention it in passing, and people start looking it up.

Through the years that we’ve observed influencers, one of the most important thing that they do is relate to their audiences on an emotional level. It’s neither an intellectual or a creative process. It’s much deeper than that, something that makes audiences more involved. When you’re able to touch people emotionally, it’s easier for you to change their mind and make them do something. Influencers have this innate ability to touch people. They don’t just inspire and motivate people. They empathize with them. And in this world where feeling is more valued than thinking, people who empathize win others. That has always been the case whether we’re talking about business or politics.

Motivation may not be intrinsic.

There are a lot of things that motivate people to do something. It could be external rewards like money, vacation, bonuses, promos, and discounts. Motivation isn’t always internal. At times it can be shallow. And when the motivation is gone, the activity that it once fueled becomes meaningless. Hardly anyone does a job for free. That’s what we keep in mind in the initial stages of influencer marketing. Instagram and Facebook influencers don’t work with brands without any form of compensation, without getting anything in return. No one does. We can compensate with freebies and free services, but the best way to get them in your team is to affect them internally, make them think that your brand is worth their help and they’re doing something helpful to their audience by working with you.

This fact is why we do influencer marketing. Companies that work with social media influencers know the value of tapping into organic influence built over years. We, for instance, know what influencers do. They don’t only make random posts about what they do, what they wear, where they go, or what their Sunday itinerary is like. They also engage people and make a substantial fraction of them act like they do.

Sure, social influencers inspire people as well, and companies want to inspire people, too. But inspiration isn’t everything. Eventually, if you’re an entrepreneur, you want sales. Lone inspiration doesn’t bring in money. It may not even bring in website traffic. Inspiration for all its intent stops at creating an emotional shift, which is transient most of the time, admit it or not.

Life coaches don’t stop at inspiring their readers or viewers. They influence them. They move them into action, be it attending their online coaching or buying their DVD. See what we’re talking about?

Again, this isn’t to downplay inspiration and motivation. They have their roles in business, but these alone aren’t enough. The business world doesn’t work with only thought leaders and motivators.

Target influencers and weed out mere motivators and inspiration givers.

In our work as influencer marketers, we often spot the differences. There are social influencers who actively bring about action in their audience and others who are passive motivators. One is more fitting from a marketing perspective.

We look at engagement. We look at shares and comments, as these are good indicators of audience feedback and action.

Comments tell us if the influencer has an interested and attentive audience. Basically, people comment on posts they find relevant to their interests. What we see in comments indicates audience regard.

Shares tell us if an influencer is prompting action in their audience. It’s hard to trust an influencer who couldn’t create posts that compel people to share them.

We also look at other factors, such as the success of their events. Then there’s the boring technical aspect of influencer targeting and influencer outreach, which we’ll be happy to discuss with you if you’re interested in letting social media influencers put your brand out there. We have our influencer marketing tool that helps us find the right influencer for your brand.

Can inspiration and motivation evolve into influence?

Of course, it’s just a matter of taking it further. Sometimes what motivators and inspiration coaches need is just that additional nudge to drive audiences into actually putting change of heart into action. Sometimes all they have to do is ask.