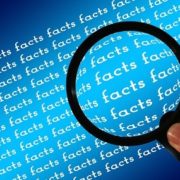 Did you you know that seven in every ten Americans have at least one social media profile?

With more than 2 billion people on social media, it makes sense to invest a chunk of your marketing budget on social media. Why not? Collectively, it’s a growing empire, if we can call it those clumps of expanding networks.

This information coincides with the choices of marketers, particularly in terms of allocating budget for different aspects of marketing. Companies are projected to increase their spending on social media marketing from 10% to 25% in the next five years. There are a number of reasons aside from their knowledge of the rising trend in social media use in the coming years. Lead generation on social media is robust.

What do customers care about lead generation anyway? Technicality aside, we’re more concerned about our consumers than about the technical aspects of marketing, are we not? We want to gain attention. More than that, we to retain customers, and social media offers a lot of opportunity for engagement, and that later leads to retention. This isn’t just true for big companies. 92% of small business owners agree that social media marketing is crucial for business.

The average person has 5 social media accounts. The implication is plain and simple. You have to go out there and make your brand visible on multiple social media channels. Not all of these outlets are created the same. People drift from one social network to another. In the past few months, Instagram has been seen as the most important hub by young people (12-24 years of age). Twitter and Facebook still hold their own, still two of the most popular hubs for youngins after Instagram.

Brand awareness remains one of the top goals of social media marketing. Generating web traffic and leads are two other major drivers. Even huge brands have pages on social networks. The CMOs of 42 of the top 100 global brands (e.g. Apple, GE, Coca-cola, IBM, and HP) have Twitter accounts. In addition, 4 in ever 5 companies on Forbes 500 list have CEOs who are active on social media.